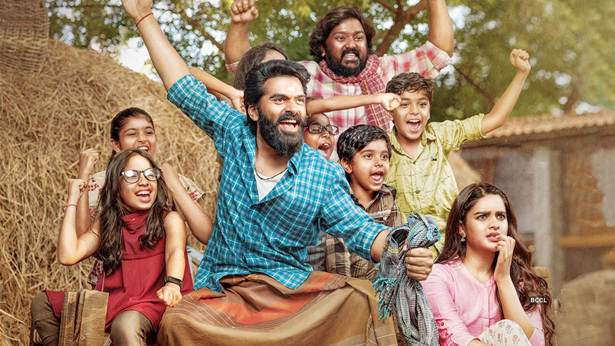 Eeswaran Movie Synopsis: The members of a happy family are in trouble when a criminal sets out to take revenge against them

Eeswaran Movie Review: Quite similar to a few previous outings of Susienthiran, Eeswaran, which has Silambarasan playing the titular role, too, is set in a small town. The movie begins with a popular astrologer in the village making a prediction about the death of Periyasamy’s (Bharathirajaa) wife which turns out to be true in a few minutes. Periyasamy, a hardworking farmer and a dutiful dad to a few kids, raises them successfully, though the children become busy with their own lives as years pass by.

Twenty five years later, on the death anniversary of his wife, his children and grandchildren are visiting him, and he’s seemingly excited. Eeswaran, the caretaker of Periyasamy, is too happy for him and ensures that he leaves no stone unturned in making the family get-together a grand one.

However, little did they know that they have a huge threat from a criminal who served imprisonment because of Periyasamy. The family astrologer’s prediction of a death in the family makes things worse.

Billed as a festival entertainer, the movie does justice in parts, thanks to a few scenes which involve the family members. Silambarasan’s committed performance and Thaman’s background score lift the movie, which otherwise, has a predictable screenplay with clichés galore. Tirru’s visuals are pleasing and aids in providing the required ambience to the story.

Bharathirajaa appears comfortable in his role and Balasaravanan is cast apt as the protagonist’s aide, while Munishkanth impresses, thanks to the manner in which his role has been written.

The lack of novel ideas, ineffective twists and female leads who have hardly anything to do affect the flow of the film. The emotional scenes lack required intensity, and the tension surrounding the antagonist could have been much better.