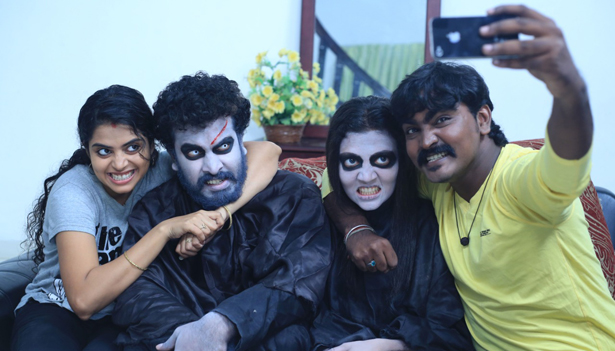 Pei Irukka Bayamen Movie Synopsis: A couple stays in a haunted house and decides to ignore the presence of two ghosts when they realise that it is impossible to tame them.

Pei Irukka Bayamen Movie Review: Pei Irukka Bayamen is the latest film to join the horror-comedy bandwagon, but sadly, the film is neither scary nor funny. The lead pair, played by Kaarthieswaran and Gayatri Rema, stays at a haunted bungalow after their wedding. After several attempts to drive away two spirits from the home, they realise it is better to ignore them. How the couple and the ghosts learn to co-exist in the place forms the rest of the story.

The positive aspect of the film, apart from a romantic song by Jose Franklin, is the chemistry between the lead pair. The lack of an interesting screenplay, thrills and comedy required in a horror-comedy and underwritten characters make this film an easily forgettable snooze fest.